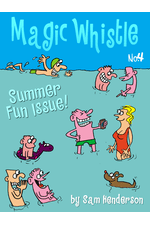 $1.99
The Summer Fun Issue! Sam Henderson returns with another hilarious Magic Whistle. Dirty Danny, The Brube, 'He Aims To Please' and all your favorites are back, plus a bonus strip drawn by Dean Haspiel. Features an 'alternate' cover by Dyna Moe. One of the funniest people in comics is Sam Henderson. Henderson's drawings have the same sort of energy and feel as the classic gag cartoonists, but with a far more twisted take on comedy -- extremely low-brow humor that almost parodies low-brow humor -- it's enjoyable on many levels. Join his regular cast of characters: Dirty Danny, The Brube, He Aims To Please, Robot Duckling, Monroe Simmons, and hundreds of others, for a unique and very funny comic book experience. Over the years Sam has contributed to many dozens of anthologies and produced the comic book Magic Whistle for over 20 years. Magic Whistle was nominated four years in a row for a Harvey Award for Special Award for Humor. His Scene But Not Heard comic appeared in every issue of Nickelodeon Magazine from 1996 to 2010. Sam was also an Emmy-nominated writer of a number of Nickelodeon's SpongeBob SquarePants cartoon shows. His gag cartoons appear regularly in the curiously pink newspaper The New York Observer.
→ more 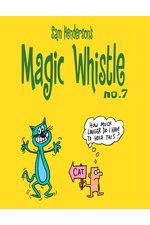 $1.99
Harvey Award nominated four years in a row for Special Award for Humor, this is the funniest issue yet! This time you can read Sam Henderson's epic "Paul Purd: The Man With the Biggest P*nis In the World" (don't worry, it's not dirty), plus The Brube, Gunther Bumpus, and more of what you've come to know and love! Sam Henderson is a comic genius and is still the funniest cartoonist working today, no doubt about it.
→ more 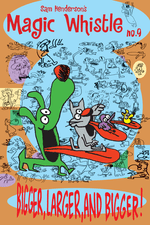 $5.99
The latest issue of the Magic Whistle comic series is actually in a larger, graphic novel format. Sam Henderson comes out of seclusion with the new "annual" format for his long-running, always funny series. He's added a few sketchbook pages and some longer pieces such as the full-color 24-page "The Hamburger Joe Story." Silly, childish, potty-mouthed, very funny. "Now for the Pabst and Fresca chaser!"
→ more 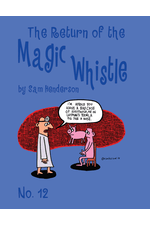 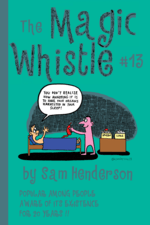 $1.99
Sam Henderson's funny book celebrates it's 20th anniversary by returning to bi-annual publication! Stories this issue include 'Three Little Fishies', 'The Half Plus Seven Rule' and 'The Origin of Dirty Danny!' Added to Sam's regular hilarity are guest-artists Lizz Hickey and David Goldin.
→ more 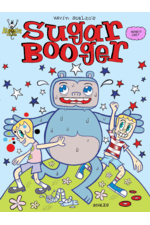 $2.99
Kids shouldn't talk to strangers, but they can’t talk when their mouths are filled with candy! Snot, kids and candy in a special world of magic and bodily fluids, with a big runny-nosed blue bear as your guide. Part one of a three issue series. Diamond Previews Certified Cool. Kevin Scalzo is a New York cartoonist, author and illustrator whose work has been shown in galleries and sold in bookstores around the world. He is known mainly for his color saturated paintings mixed with cartoon imagery. His comics have previously been published in Peter Bagge's Hate, Bête Noire, the Top Shelf anthology and Suspect Device.
→ more 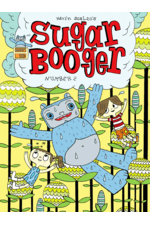 $0.99
Your favorite candy booger makin’, candy booger eatin’ bear is back! This time around he’s distraught over the environment! That’s right, something is polluting his beloved countryside, and he’s dismayed to find out: It’s his own candy boogers that are stinking and littering up the place something foul! But don’t worry there’s still plenty of time for candy eating and boogers! Kevin Scalzo is a New York cartoonist, author and illustrator whose work has been shown in galleries and sold in bookstores around the world. He is known mainly for his color saturated paintings mixed with cartoon imagery. His comics have previously been published in Peter Bagge's Hate, Bête Noire, the Top Shelf anthology and Suspect Device.
→ more 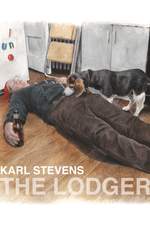 $9.99
After losing his girlfriend and hip Boston apartment, Karl Stevens moves into a spare room in his painting professor's home, where his bohemian adventures in sex and boozing converge with the rituals of life with a family and an unruly beagle named Cookie. In a series of humorous, poignant, and gorgeously rendered stories, The Lodger chronicles a tumultuous year in the life of the author as he grows as an artist and a man. Combining comic strips originally published in The Phoenix, Boston's leading alternative weekly, with exquisite watercolors and oil paintings, The Lodger follows the Xeric-winning and Ignatz-nominated artist s Guilty and Whatever as a penetrating and visually stunning depiction of love, loss, and the moving minutiae of everyday life. "Warm and heartfelt despite itself, The Lodger is an experimental comic about a less-than-experimental man." --Publishers Weekly Nominated for the Los Angeles Times Book Prize
→ more 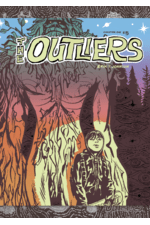 $1.99
A school bus is forced off a cliff by a vehicle in pursuit of a legendary woodland giant. Secrets are revealed when it's young passenger, a boy known for his inability to speak, commands the giant to in an unknown language. Exposed as link between our world and another, the boy must choose to stay or journey to a place on the periphery of human consciousness– the world of the Outliers.
→ more 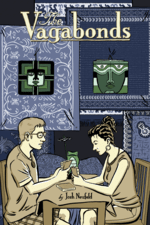 $0.99
In The Vagabonds, Josh Neufeld uses gentle humor and a keen eye for revelatory detail to explore religion, global politics and the mysteries of everyday life, in locales as diverse as the Thai countryside, San Francisco and New York City. Stranded in a remote corner of Thailand, Josh and Sari are taken in by a family of Baptist missionaries. New perspectives — the missionary view of Thai life and the Buddhist view of fireboats — force them to confront their own spiritual longings.
→ more
1 - 10 of 10 results