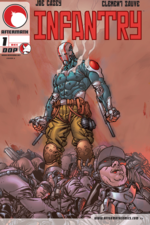 $0.99
Who is INFANTRY? What is his agenda? Is he a new hero of the people... or merely a pawn in a larger game? The hordes of NEMESIS are America's greatest enemy, attacking it from within at its highest levels of power. What does this have to do with a mysterious super-agent, the lone survivor of a doomed experiment in human performance enhancement?
→ more 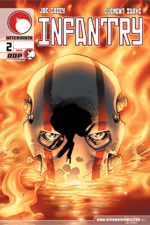 $0.99
Yesterday, Charlie Alexander was a regular guy living in a mundane world. As an insurance adjuster for TERRA_LIFE, his days were filled with bureaucracy and number-crunching. Then he was asked to investigate the mysterious destruction of a client's lab in the South Pacific, where he stumbled upon a mystery that could literally change the world. Meanwhile, on the other side of the globe, a mysterious figure laid waste to a cadre of agents from NEMESIS, a subversive group. As quickly as he appeared, this one-man army disappeared into the night. What is his connection to Charlie's investigation?
→ more 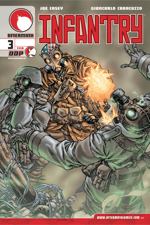 $0.99
Charlie Alexander is just a normal, workaday insurance investigator-who has stumbled onto an incredible mystery. After coming face to face with the man called Infantry, Charlie is more determined than ever to find out who he is. But what possible answers could be held by an elderly man in a remote part of Wyoming? And while Charlie edges ever closer to understanding, Infantry himself is hunted by the unstable "Slither"...
→ more 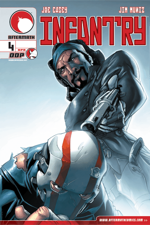 $0.99
Even as Charlie Alexander begins to uncover some truths behind his recent encounters with the C.I.A. and its connection to his investigation, the mystery surrounding the man called Infantry deepens. How is he connected to a century-old man who claims to have once been the country's greatest weapon? While Charlie digs for the facts, Infantry confronts the three most deadly assassins in the world!
→ more 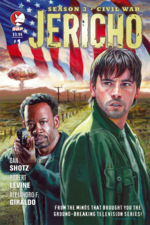 $1.99
Full Color | 73 Screens | Season 3 The smash hit TV series returns with the original series writers! Continues where Season 2 cliffhanger ended! Jake Green and Robert Hawkins are in the safe haven of Texas with the last remaining warhead from the devastating attack on America. As the Cheyenne army bears down on them, they must decide whether to side with a mysterious figure, possibly their former enemy, to fight an even greater one...
→ more 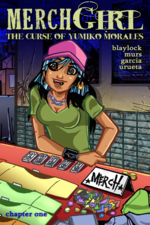 $0.99
Yumiko "Yumi" Morales is a lost soul working as a merch girl for her boyfriend's touring hip-hop-funkadelic-party band "Murder Acts", but ends up caught in a supernatural thrill ride when she's left alone in a small strange town. It seems that only a bizarre opening act comprised of uncanny, mysterious figures have a clue to what is happening to her, and what she must do to stop it.
→ more 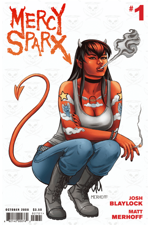 $0.99
Mercy Sparx Vol1 #1 Find out how Mercy Sparx, a Devil Girl hired by the big shots in Heaven to secretly take down rogue angels, got to Earth. Serendipity, a muse turned DeeJay battles it out with our unlikely heroine. It's either succeed and get a free pass through the pearly gates, or fail and risk going somewhere much worse.
→ more 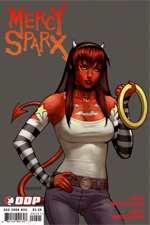 $0.99
Mercy Sparx Vol1 #2 The second angel on Mercy s hit list is a former muse who got demoted for starting too many wars. To face her, Mercy will have to brave the cyber-goth club scene. All the while, more details come to light about Pastor Jeremiah, his connection to Mr. Suit, and his role in Heaven.
→ more 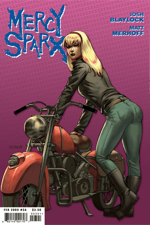 $0.99
Mercy Sparx Vol1 #3 Mercy checks another angel off of her hit-list, but grows increasingly curious about Pastor Jeremiah's connection to Mr. Suit. Meanwhile, despite her disdain for all earthly things, could she have a small crush on her neighbor? Find out if it's love or hate.
→ more 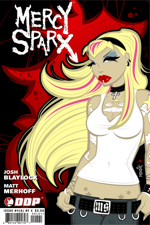