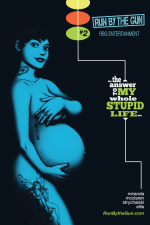 $1.99
Facing a decision that will effect everyone he loves most, Peter Palermo must choose between doing the right thing, and following his life's dream. Run By The Gun is a project of epic proportions... No, not really. It's an idea two guys from NYC had one day and worked very hard trying to make it come to fruition. We hope fans of music and comic books like what we're doing. Our comic book series will detail the band, Run By The Gun, its members, and their friends and family, as they navigate their way through a Lower Eastside lifestyle rife with wanton sex, drugs, and rock'n roll. Our music will reflect our character's experiences and environment. As Run By The Gun's characters change, learn, and grow, so will their music. We hope fans will get a better understanding of where the music comes from as they follow RBG's narrative in the comic book series.
→ more 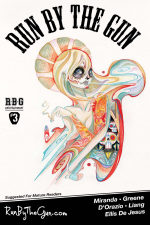 $1.99
Months following the birth of Peter and Ada's baby, Jonah is hard at work trying to build a new band with Peter. Meanwhile, Jonah's relationship with Sarah has grown sexually, but not much otherwise. Despite feeling compelled to be in one another's company, the two struggle painfully to get an understanding of both each other, and the new, toxic beast that their dubious, mutual attraction has created. Tempers flare and nerve-endings fray, as old behaviors and new attitudes threaten to crack Jonah's well-crafted veneer of quiet strength. Will... the lone wolf... survive?
→ more
1 - 2 of 2 results