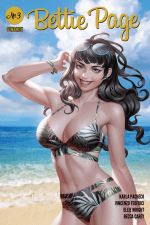 $3.99
Everyone's on the film set is a suspect! No one can leave the secluded tropical island paradise! Bettie Page...has everyone right where she wants them!? From writer KARLA PACHECO (Spider-Woman) and artist VINCENZO FEDERICI (Sabrina The Teenage Witch)!
→ more 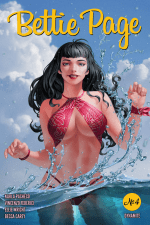 $3.99
The twisty-turny tropical mystery continues! WHO is the killer? WHEN will they get off the island? WHY is Bettie Page the most qualified detective within a thousand miles? HOW are the elephants SO adorable!?!? From writer KARLA PACHECO (Spider-Woman) and artist VINCENZO FEDERICI (Sabrina The Teenage Witch)!
→ more 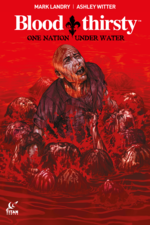 $3.99
THIS MACHINE KILLS PLUTOCRATS! Haunted by the catastrophe that tore his city apart ten years ago, Coast Guard veteran, Virgil Lafleur, struggles daily with the hardships of a post-Katrina New Orleans. But when his younger brother's murder leads him into a vortex of intrigue, corruption, and violence, Virgil becomes obsessed with bringing the killers to justice and exposing the horrific secret hiding beneath the Mississippi. From screenwriter Mark Landry and artist extraordinaire, Ashley Marie Witter (Squarriors, Interview with the Vampire), comes this visceral revenge thriller that merges the real-world hopes and horrors of a post-disaster community with an engaging thread of political corruption, class divide and blood-curdling terror!
→ more 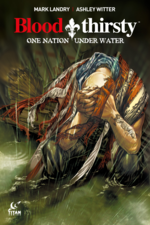 $2.99
Coast Guard veteran Virgil Lafleur's hunt for his brother's killers leads to an explosive confrontation at the Rising Sun Caberet - the seediest club the Big Easy has to offer - where he quickly discovers that lap dances and strong drinks are far from the only attractions on offer...
→ more 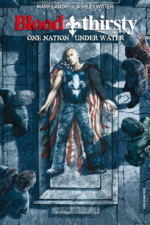 $2.99
With another storm brewing and the city's deathtoll rising, Coast Guard veteran Virgil Lafleur is forced to adopt more gruesome methods in order to protect his fellow citizens from the horrors on the horizon... From screenwriter Mark Landry and artist extraordinaire, Ashley Marie Witter (Squarriors, Interview with the Vampire), comes this visceral revenge thriller that merges the real-world hopes and horrors of a post-disaster community with an engaging thread of political corruption, class divide and blood-curdling terror!
→ more 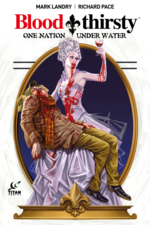 $2.99
While New Orleans' privileged prepare to party, the city's disenfranchised batten down for the storm of the century. But with Rosa already on the horizon, can Virgil stop the horror headed for his town before she hits?
→ more 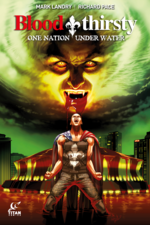 $2.99
With Hurricane Rose in full swing and New Orleans' poor and needy in the firing line, it's going to take more than one man's effort to save this sinking city. But will community spirit be enough to prevail? Find out in this nailbiting finale (featuring an epilogue by Buffy The Vampire Slayer: Season 8 artist, Georges Jeanty)!
→ more 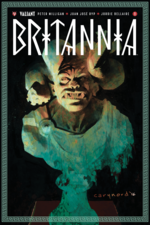 $2.99
On the fringes of civilization, the world's first detective is about to make an unholy discovery... Ruled by the Fates. Manipulated by the Gods. Commanded by Caesar. In the year 65 A.D., one's destiny was not his own. At the height of Nero's reign, a veteran of Rome's imperial war machine has been dispatched to the farthest reaches of the colonies to investigate unnatural happenings... In the remote outpost of Britannia, Antonius Axia - the First Detective - will become Rome's only hope to reassert control over the empire's most barbaric frontier...and keep the monsters that bridge the line between myth and mystery at bay... From comics mastermind Peter Milligan (X-Statix, Shade the Changing Man) and incendiary artist Juan Jose Ryp (NINJAK, Clone) comes a psychological journey into terror, temptation, and bloodshed!
→ more 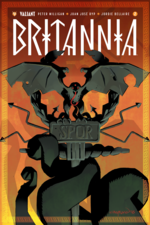 $2.99
Duty has led to darkness... Dispatched to the remote outpost of Britannia by Rome's highest power, the ancient world's first detective - veteran legionnaire Antonius Axia - has found himself on a horrifying journey that will challenge everything he knows about death, destiny, and the limits of reality itself. But in this wild and pagan land, far removed from Nero's control and influence, how will he grapple with the witches, demons and deities that lurk just out of sight? These are aberrations beyond the comprehension of a citizen of history's most civilized empire...and, as Axia searches for the truth behind their making, he must first ask himself: Are these monsters truly creatures of myth...or creations of his own mind? The answers will be found as comics legend Peter Milligan (Shade, the Changing Man) and incendiary artist Juan Jose Ryp (NINJAK, Clone) lead a phantasmagorical expedition in the lands between darkness, desire, and destruction in the pages of Valiant's latest prestige-format masterwork!
→ more 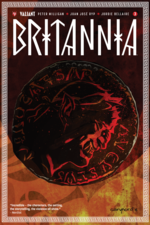 $2.99
At the border between civilization and the magic-laden lands beyond, Rome's first detective is haunted by violence and visions of dark forces that defy all sense... Antonius Axia's disturbing investigation in the frontier colony of Britannia deepens...and with each disturbing new clue he uncovers, the farther his mind sinks into disarray! Connecting the clues behind the grisly rumors of horror in the empire's northernmost reach, Antonius must gain an ally as dangerous as the darkness that now surrounds him. But who is this mysterious new partner, and will she lead Antonius toward the bright light of truth and salvation...or into the cold flame of eternal damnation? Sense falls away to seduction as comics legend Peter Milligan (Shade, The Changing Man) and incendiary artist Juan Jose Ryp (NINJAK) march Valiant's latest magnum opus toward its most insidious chapter yet!
→ more
1 - 10 of 91 results