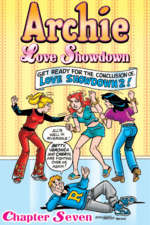 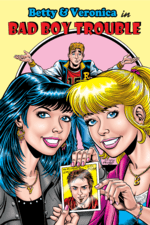 $7.99
Now, together under one cover for the very first time, the complete "Bad Boy Trouble " saga! The ground-breaking story that began in Betty & Veronica Double Digest #151 and concluded in issue #154 caused quite a stir as it featured Riverdale's teens in a whole new look! That's right, the flagship characters of Archie Comics got an extreme makeover, and the buzz was deafening! Not only due to months and months of debate and media coverage surrounding Betty and Veronica's new looks, but also because of the intriguing story that brought a new "edge" to Riverdale. When Nick St. Clair rides into Riverdale on his motorcycle, Veronica is smitten. She likes Nick's air of assurance and his knack for getting noticed. The only problem is Nick gets noticed for all the wrong things! Nick quickly alienates all of Ronnie's friends, especially Betty. Is this handsome rebel the boy of Veronica's dreams, or just plain trouble?
→ more 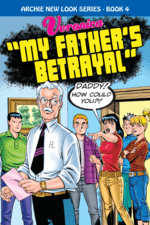 $10.99
Back in the spring of 2007, the world of Archie Comics was rocked by the publication of Betty & Veronica Double Digest #151, featuring the first installment of "Bad Boy Trouble," an epic tale that ran through issue #154 and found Riverdale's favorite teens rendered in a realistic style! Perhaps more than any "new look" story so far, "My Father's Betrayal" presents a very poignant situation. When Veronica and her friends vow to save a nature preserve from being turned into an industrial park, they discover the issue isn't as black and white as they think: not only will the industrial park bring much-needed jobs to the out-of-work residents of Riverdale, it will also help lower property taxes. But the biggest conflict of all? The industrial park is being funded by Veronica's father! Now every installment of this explosive tale is collected under one cover in this special edition.
→ more 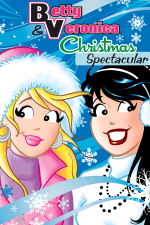 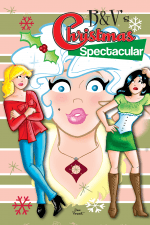 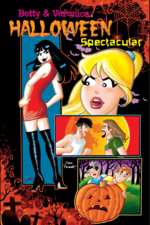 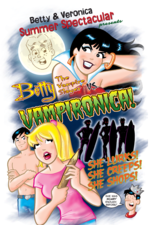 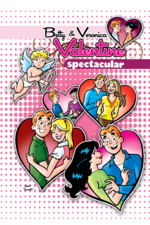 $1.99
Betty, Veronica, & the whole gang star in "A Shot at Love" in this special Valentine's edition of Betty & Veronica Spectacular! An iVerse exclusive digital comic!
→ more 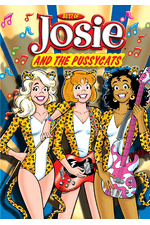 $5.99
Jam out with Josie and the Pussycats in this 100 PAGE extravaganza! Archie Comics is proud to present the world's favorite rock band in a tune-filled collection that follows their path to stardom! Consider it an episode of "VH1's Behind the Music" and a "'JOSIE & the PUSSYCATS' Greatest Hits" CD rolled into one!
→ more 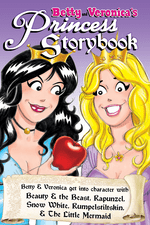 $9.99
The fairytale fun continues in Betty and Veronica’s Princess Storybook, the follow-up to the successful Betty & Veronica: Storybook graphic novel! The two BFFs take on some of the most beloved fairytales including Rapunzel, Beauty and the Beast, Snow White and the Seven Dwarfs, The Little Mermaid, and Rumpelstiltskin, with a little help from their friends! It’s classic storybook tales told through the extra special Archie Comics lens!
→ more
11 - 20 of 64 results