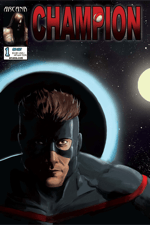 $5.99
With great power comes great responsibility, but is that responsibility too much for one man? Being tasked with protecting the entire world has had a negative effect on Josh Matheson's personal life. He can't hold on to a real job and his absence at home pushes his family away. With nothing left of his regular life, Josh is consumed by his perceived super heroic duty and things get a little out of control.
→ more 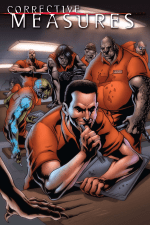 $5.99
San Tiburon Federal Correctional Institution has just received a new arrival--an extremely dangerous vigilante calling himself Payback who is hellbent on killing the prisoners inside. While the Assistant Warden deals with the repercussions of adding such a volatile new prisoner, the Warden makes an attractive offer to a new Captain of Violent Crime: a former military man named Jason Brody. And soon, the wheels are set in motion for an inevitable showdown between the men.
→ more 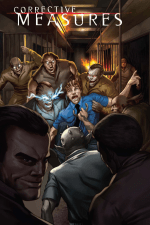 $5.99
The temperature rises to a boiling point at the prison island of San Tiburon as 185 superpowered prisoners begin to riot against their captors. A murderous psychopath takes a hostage into the jungle with vengeful ambitions, a superhero delivers his nemesis into the waiting hands of prison officials, a conspiracy is revealed... and Captain Jason Brody finds there are consequences for every action, no matter how noble the intentions.
→ more 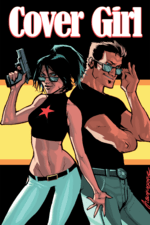 $7.99
He's Alex Martin, the down-on-his-luck actor whose star is rising thanks to a roadside rescue caught on tape. She's Rachel Dodd, the bodyguard assigned to keep him alive after several mysterious attempts on his life. Will Rachel be able to keep Alex alive long enough to get to the bottom of the attacks on the actor? Will Alex be able to keep his hair perfect the entire time?
→ more 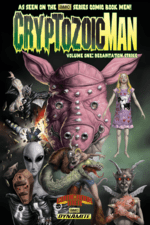 $8.99
From the minds of Bryan Johnson and Walter Flanagan, stars of AMC's hit television show, Comic Book Men! Shortly after Alan Ostman’s daughter goes missing on a family camping trip, he finds himself living life on the fringes. After a particularly rough night, an industrialist interested in Alan’s research focusing on the “alternative sciences” bails him out of jail and offers Alan a job. Think your boss is bad? At least they’re (probably) not a leather pig-mask wearing, inter-dimensional miscreant bent on having a race of malignant beasts exterminate the world’s best known cryptids and destroy the entire universe in the process. Does humanity have a shot? A mythical society of Gray aliens didn't create Cryptozoic Man for nothing!
→ more 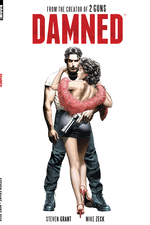 $8.99
In a world of lies, honor can be murder... 2 GUNS creator Steven Grant reunites with his artist from PUNISHER: CIRCLE OF BLOOD, Mike Zeck, for a truly hardhitting crime noir story that will knock you senseless! When Mick Thorne is paroled and released from prison, the only thing on his mind is keeping a promise. But in keeping that promise to deliver a message to his dead cellmate's sister, he draws the attention of the local crime boss. This brand new collection of the classic noir in the vein of Richard Stark's Parker novels includes the entire series in one volume!
→ more 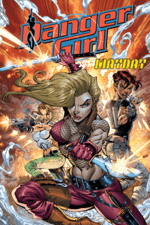 $7.99
An all-new cast of sinister characters! Secrets from Deuce's past! Fans of the original and best-selling Danger Girl series CAN’T MISS what’s sure to be the wildest adventure yet.
→ more 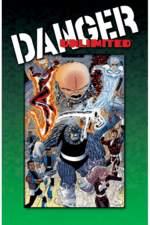 $11.99
In 1959, a group of explorers investigate an ancient spaceship in the Amazon jungle. After brief exposure to some mysterious space-Gunk, they acquire superpowers that they use to fight for good as the original Danger Unlimited. Also included in this collection are Byrne's Babe issues 1-4 and Babe 2 issues 1-2, bringing all the Danger Unlimited action together for the first time ever!
→ more 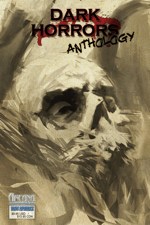 $5.99
Psychological horror is at the forefront with nods to the Twilight Zone and the horror magazines from days past. This book was compiled using not only Arcana's own talent, but talent taken straight from their message boards. Open calls were taken for submissions of stories anywhere from 6 to 20 pages long. All in all, 18 stories made the cut!
→ more 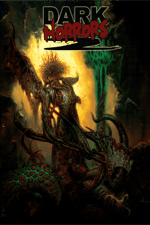