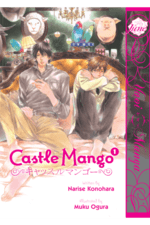 $9.99
Yorozu lives at Castle Mango, a "love hotel" where couples pay for a few hours to themselves. But his quiet life is violated when Togame arrives to shoot an adult film! Soon Yorozu's being "mistaken" for an actor, having his pants suddenly removed and watching his little brother get hit on. Togame eventually agrees to stay away from Yorozu's brother, but there's a catch - and it's not something Yorozu's going to like!
→ more 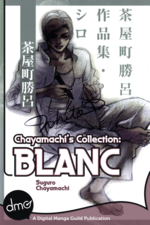 $9.99
White is passion, a color that won't yield to even the slightest imperfection. From manga artist Suguro Chayamachi comes BLANC, a collection of six very unique short stories. A young man takes it upon himself to find a lost cat's home. Two delinquents bond after one has a near-death experience. A boy discovers the joys and pains of first love. One punk makes a dark decision to cover up his tracks. A familiar face has one teenager remembering the past. At a Yakuza funeral, loyalty to a friend struggles with loyalty to the whole. Chayamachi's stories explore that which makes humans so imperfect: friendship, love, and heartbreaking regret. Translated by Jun Kayama; Edited by Angela Eastman; Lettered by Phileas J Fogg
→ more 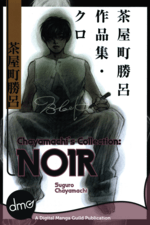 $9.99
Black is an expression, a color before which words can only hesitate. Suguro Chayamachi returns with another set of short stories in her second collection, NOIR. An unlikely friendship begins when a delinquent picks up a timid businessman stranded on the side of the road. Though they can’t understand each other there is something they each gain from this new, strange relationship. Later, a teenager hires out help to break up his ex-girlfriend’s new relationship, but his new accomplice isn’t quite what she seems. In Nazi Germany, an artist is caught in treason when his son drops a book of paintings. And in England, a street urchin is given a special job, and while it seems simple there is a dark secret to it that could mean disaster for his friend. Translated by Jun Kayama; Edited by Angela Eastman; Lettered by Phileas j Fogg
→ more 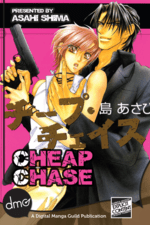 $9.99
University student Yoh Shirasane is living happily with his lover, Kaito Iwanami, one of the best detectives on the police force. While working at his part-time job assisting with the interior decorating of a hotel, Yoh receives movie tickets from the hotel manager. When Kaito and Yoh meet up for their movie date, Kaito is shot! Is someone after Kaito?! And is their happy life together about to end? Translated by Anna Haverinen; Edited by Aliena Shoemaker & L.V. Barker; Lettered by Florence Benjumea & Riven
→ more 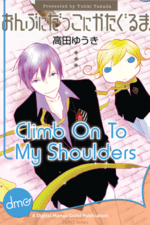 $9.99
Trey and Paul are up-and-coming programmers with their minds set on fame and fortune! However, they need to actually finish writing a program first. The two decide to make a program that can play tic-tac-toe, but all their hard work is destroyed by the clueless yet smooth-talking MJ. In spite of their rough first meeting, MJ turns out to actually be useful to Trey and Paul. He even manages to land them the intimidating job of making class-scheduling software! Misadventures and romantic tension abound in this adorable comedy that’s set in the 1960s. Translated by T. Grindol, Edited by Lindley Warmington, Lettered by S. Russell
→ more 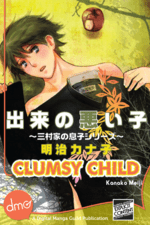 $9.99
Shocked to find that his childhood friend, Toshio is in a relationship with his older brother, Sumi, Kyu is determined to win Toshio over for himself. Kyu finds the perfect plan to seduce Toshio by studying for their college entrance exams together. But his planned seduction goes awry when he fails his exam while Toshio passes his. Hitting two birds with one stone is Kyu’s plan as he’s given a second chance to pass his college exam and his continued determination to make Toshio fall for him grows. However, things don’t go as planned when Toshio starts avoiding him and Sumi reappears in Toshio’s life. How will Kyu handle the return of his brother into Toshio’s life? And will Toshio ever come to terms with his feelings for Kyu? Translated by Mika Riverstone; Edited by Karen Waldbart; Lettered by Matthew
→ more 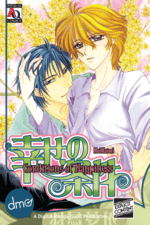 $9.99
The beautiful illustrator, Tatsuki, has a problem. No one can see past his good looks. That is until freelance writer, Mikami, steps into the picture! Of course, Tatsuki thinks Mikami is just like the others, but soon finds out nothing could be further from the truth. It turns out Mikami doesn’t even like men. As they spend more time together, Tatsuki starts developing certain feelings… Will he be able to show Mikami how he feels? And, how will Mikami respond…? Find out in this manga by Mui Hatori! Translated by Hideto Tsujimura; Edited by Curtis Scott; Lettered by Curtis Scott
→ more 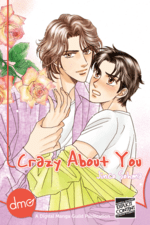 $9.99
Tatsuichirou and Fumio grew up together like brothers, bonding as friends and rivals over their love of judo. Neither wanting to lose to the other, they push each other to new extremes in training. At least, that's what Fumio thinks until the day Tatsu pushes things in a different direction when he confesses his love to Fumio at practice. Tatsu threatens to quit the team unless Fumio agrees to be his boyfriend, but Fumio refuses to give in to Tatsuichirou. The tension increases with competition time just around the corner; Fumio knows he (and the team) can't afford to lose him. Fumio issues a reckless challenge to settle the matter—a private match with special rules. Will Tatsu's iron will dominate? Or can Fumio hold his ground when things get physical in the dojo?
→ more 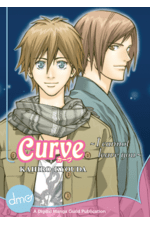 $9.99
Yuu Takamiya is an ordinary guy who's never had much luck in work or love – and just happens to moonlight as a private eye. Things start getting complicated when he's assigned to shadow his boss at the art gallery, the kind-hearted Masaya Shikibu. Then, after an accident at work, he meets Minoru Kuji, a brilliant scupltor who stirs up old memories. Before long, Yuu is working for Minoru as an artist's assistant, while struggling to stay objective on Mr. Shikibu's case. But there's more to Minoru than meets the eye, and as they grow closer, Yuu may learn things he'd rather not know... Translated by Allen Laney; Edited by Allen Laney; Lettered by Eike Kusch
→ more 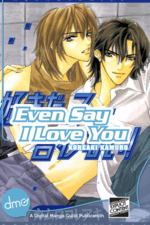 $9.99
Budding architect Yoshiki received a request to design a new building. The client is a super popular manga artist named Kurato. Since Yoshiki isn’t able to design the kind of building Kurato needs yet, he decides to decline the offer in person but encounters a beautiful man! That man, Kurato, is willing to wait for Yoshiki to design the building he needs, no matter how long it takes. What are his true intentions?! Translated by Victoria Woolsworth; Edited by Daniel Bough; Lettered by Bianca & Fucsia
→ more
11 - 20 of 100 results