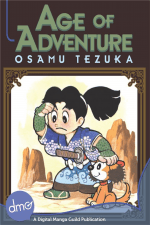 $7.99
In 1876, young Takanosuke Arashi is sent by the Edo government to deliver a top-secret message to the United States of America. When his ship is waylaid by pirates, Takanosuke is cast adrift with an eclectic group of passengers, including a dog with four names, and part of a treasure map. Then begins an adventure that will take Rakanosuke around the world, from the wild-west, to old Morocco, to Baghdad. Who will get their hands on Napoleon's treasure first?
→ more 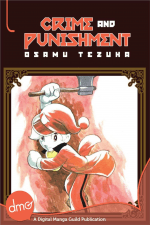 $7.99
In Russia, on the eve of the revolution, a young student named Raskolnikov murders an old pawnbroker over a pocket watch. Although an innocent man is quickly arrested for the crime, Raskolnikovs's own published essay - suggesting that people who are "extra-ordinary" are above such things as "right" and "wrong" - draws the suspicion of judge Porfiry. Who will catch up to Raskolnikov first? Porfiry ... or his own guilty conscience? *Revised Edition - Retranslated and relettered. This versions is of a higher quality than the original DMG release.
→ more 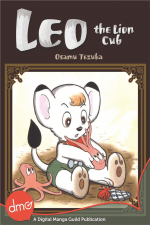 $7.99
As the future emperor of the African jungle, Leo the lion cub is sent off to live with a little Japanese boy named Kenichi. During his stint with the humans, Leo has many learning experiences and somehow always manages to get into a little trouble along the way. But when a rat arrives--carried by a stork like a little bundle of joy, no less--with a message from home, Leo realizes it's time to return to the jungle. As he embarks on his biggest adventure yet, he's unaware of the great battles that lie ahead.
→ more 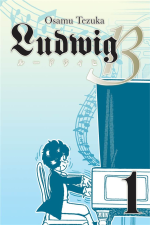 $7.99
The cry of war comes soon from France, while a young boy destined for greatness simply cries in pain from a fateful strike to his head in Bonn, Germany. Ludwig van Beethoven will grow to become one of the most influential composers in a few short years, but in his early days, he was just a commoner trying to survive his days with an alcoholic father and a world that just hasn't discovered his greatness yet. In this age, he wasn't an influential composer: he was a young man simply named "Ludwig," which inspires hatred and fear from a certain nobleman, Franz Kreuzstein. Why does Franz have it out for all named "Ludwig," and can Beethoven survive this personal war he's deaf to?
→ more 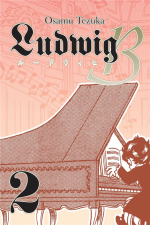 $7.99
Ludwig van Beethoven is rising in the charts; gaining some praise and attention from those he'd seek to learn from (for better or worse), Beethoven's life strives in the face of the war in France, despite his debilitating deafness making itself all-too-apparent. Escaping from Bonn to live his life, Beethoven fights a war for recognition and support, while his unknown nemesis, Franz Kreuzstein, fights the literal War of the First Coalition. While Beethoven is a lover of the craft of music making, he's not a fighter, but Franz might give him a battle when the war is over. Will Beethoven be able to hear the music he plays, or is he cursed to only imagine what joy he'll bring to the world for centuries to come?
→ more 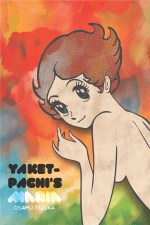 $11.99
Teenage delinquent Yaketpachi's has a spectral woman as the closest thing to a female influence in his life: Maria! The manifestation of the women Yaketpachi lacks in his life, Maria needs a body to become corporeal, but the only thing around is a sex doll, which is easily ravaged by a hard life and the target of rough pranks. Yaketpachi and Maria are joined at the soul, but ripped apart by an uncaring society. How much strain can Maria's plastic body take before it cracks beyond repair? Yaketpachi may want to move heaven and Earth to provide a life for Maria, but do teenagers truly know love? Osamu Tezuka brings the battle of the sexes to a paranormal comedy, where Yaketpachi and Maria explore their teenage years in High School, with all the trials and tribulations that come with it. There's the queen bee of the school to tussle with, a dating club that heavily skews towards one gender (and against Yaketpachi), and even rival spirits out to earn their own revenge against their accidental deaths! Yaketpachi's Maria continues to prove to be a love letter to young love, with all the faults and flaws that are inherent. Tezuka brings a healthy dose of real-world sexual education to the drama of a love that can never be between a man and his sex doll.
→ more
1 - 6 of 6 results