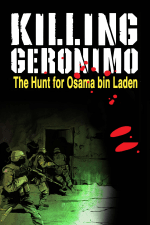 $11.99
From the tragedy of September 11, 2001, to the events that brought a global search for one of the most notorious fugitives in modern times to a dramatic end, Killing Geronimo is the compelling graphic retelling of the hunt for Al-Qaeda leader Osama bin Laden . . . from the initial order by President George W. Bush to find him wherever he might be hiding, to the CIA’s finally tracking the courier that would lead to bin Laden’s whereabouts in Pakistan, to the United States’ constructing a facsimile of bin Laden’s compound, to the tense, high-stakes meeting between President Barack Obama and the rest of his high command, to the final firefight between bin Laden and the U.S. Navy SEALs.
→ more 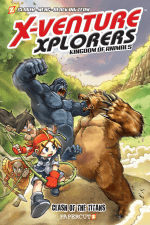 $12.99
The Xventure Explorers can’t bear going ape! Jake and his worried zoology exploration team heads to Sumatra to find their new teammate Tazan is missing. At the same time, a cadre of chimpanzees show up in Yellowstone National Park! Pandas and sloth bears and spider monkeys all over the world are acting strange and aggressive…some serious monkey business is surely afoot! Join the Xventures Explorers as they discover who would win in a clash between bears and gorillas and follow the biological clues to locate their lost friend. A fun action-oriented way to learn about bears and monkeys!
→ more
1 - 2 of 2 results