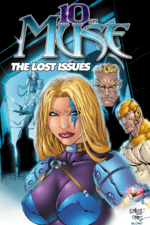 $9.99
Back in 2001 when the 10th Muse was created at Image Comics it ran for 10 issues. The series started as one of the #1 comics for Image Comics back in those days. After leaving Image Comics these four special issues were lost until now! See the amazing work of Marv Wolfman and Roger Cruz again in all new adventures! With an amazing cover by Marvel Comics Talent Caldwell.
→ more 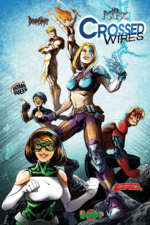 $11.99
The 10th Muse teams up with Mike Baron's fan favorite "The Badger." When the time stream is weakened, The10th Muse is thrust into a dark future where Mt. Olympus has been destroyed, and the pantheon of the Gods is now hunted. There she fights a twisted version of Mercury. In the heat of battle, the teleporting Mercury loses control of his power, and transports them to the world of "The Badger.". Also featuring Bomb Queen from Image Comics, DemonSlayer and Judo Girl!
→ more 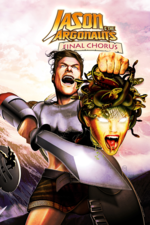 $11.99
The sequel to sold out comic book and classic film series inspired by Ray Harryahusen. Jason has the mythological Golden Fleece firmly in his grasp. Now learn what happens as the Argonauts sail home and bleakly discover that they have been manipulated in the plans of Zeus who prepares for a celestial war that will break Olympus apart!
→ more 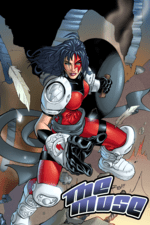 $11.99
From the pages of the 10th Muse comes a new hero. Morgan Wulf has been given a second chance at life...as a 17-year-old girl! With the awesome powers of The Muse, she can fearlessly face off against Greek goddesses & mythological monsters. But as Morgan, she must confront the most frightening challenge of all: HIGH SCHOOL!
→ more
1 - 4 of 4 results