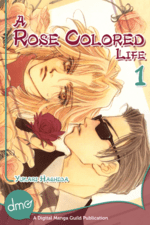 $9.99
After the tragic death of his parents, Yayoi was prepared to inherit the family fortune. Instead he found himself a hundred million yen in debt. With no real way to pay back the Yakuza, Yayoi tries his hardest to fight back against his recurring bad luck. Things take a turn for the best when he meets a wealthy business man named Kazuto who offers to shoulder his burden, but what's the catch? Will Yayoi remain trapped in his own personal hell, or is this really A Rose Colored Life? The answers to these questions and more unravel kiss by kiss in volume one of Yukari Hashida's tale of money and romance.
→ more 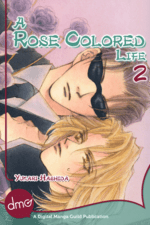 $9.99
Yayoi's adventures in love and debt repayment continue, with a few unexpected speed bumps. Between winning a trip for two to Bali and having his doppelganger show up to ruin his reputation, Yayoi is uncertain whether or not he will ever be able to pay back his debt. Things get even more complicated when Kazu's old lover enters the picture. How will Yayoi manage his time and his feelings? Will he ever repay his debt? The answer to these questions plus a bonus story can be found in the second installment of Yukari Hashida's tale of love and finance. Sometimes life becomes its rosiest when you least expect it.
→ more 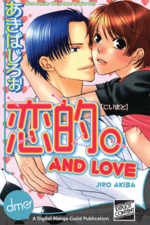 $9.99
It wasn't his soft heart or caring attitude that earned Takumi Yajima the nickname of "the Demon Captain". Just one look from this no-nonsense archer sends girls fleeing from the scene! Love is as foreign to him as a kind word, until the day he catches Kazuki, a member of the soccer team, spying on him during practice. Kazuki begins to break through Takumi's stern exterior, stirring up unfamiliar emotions. Takumi's thrown off balance until he finally comes to terms with his feelings. Has Kazuki finally made it possible for the Demon Captain to feel love? And Love features eight one shots that include childhood friends and newlyweds who come to terms with their feelings, despite their own misgivings. They'll soon realize that love can transcend boundaries and prove it can be found in the most unlikely situations.
→ more 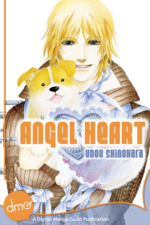 $9.99
Peace Pet Rental's Lag is a robotic dog. He can be pretty slow at times and can't perform tasks aside from those written in his program, but despite all this, he's everyone's favorite dog. Soon, however, he is tackling people's problems in ways not included in his program, and it seems almost miraculous... Something mysterious has awakened within his heart even though he's supposed to be a machine with no emotions. What is Lag's true nature? For those lost in despair and sorrow and those with wounded hearts comes this healing tale of love, kindness, and sacrifice.
→ more 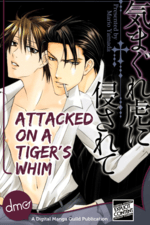 $9.99
Tomoya is working at a host club when he unexpectedly comes face to face with a nightmare from his past. After his first two traumatizing experiences with Murase, Tomoya finds his third encounter intoxicating as he's drawn deeper into Murase's dangerous life. Will Tomoya find a way for their two worlds to coexist, or will Murase's dark past consume them both? Translator - Mizura Nakamura Editor- Mika Ishikawa Letterer- Mia Chiresa
→ more 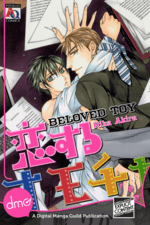 $9.99
Tomoya is in the middle of a whirlwind romance at work - and his lover is none other than the CEO! While he and his young, handsome partner are completely in love, he has one teensy problem: His lover Hasegawa is an adult toys fiend! Tomoya wants to stop being subjected to these items, but as their encounters begin happening during work hours and in the open air, he begins to wonder if he himself isn't just a toy for Hasegawa to play with. Like the way this story sounds? Well do we have news for you: Beloved Toy is jam packed with a variety of stories just like this one. Such a wide variety in fact, that we can’t possibly fit it all in this one page! We have cosplay, roleplay, schoolplay... even carrot play? Oh my! Be sure to check out Beloved Toy for all your yaoi needs. You won’t be disappointed.
→ more 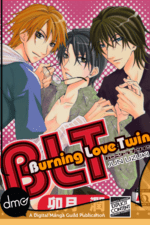 $9.99
Nozomu is on a secret mission! After convincing his identical twin brother, Saku, to switch places for a day, Nozomu goes to his brother’s school and confronts his enemy in the classroom! Meanwhile, Saku must memorize everything about his brother’s school life and classmates so he can fit in without drawing attention to himself. Everything appears to be going alright, until Nozomu’s close friend, Yoji Osawa, starts making some more than friendly gestures toward Saku! Afraid of blowing his cover, Saku goes along with it… What could possibly go wrong? Find out in this manga by Jun Uzuki. Translated by Hideto Tsujimura; Edited by Curtis Scott; Lettered by Curtis Scott
→ more 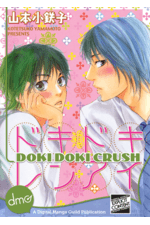 $9.99
Childhood friends Chihiro and Keigo are living together under one roof. They're lovers, but they've only ever kissed once. To Chihiro, it hardly even feels like they're going out, and he's getting impatient! And on top of that, he suddenly has a rival!? It's ever-loyal Keigo and headstrong Chihiro's heart-pounding, heart-breaking LOVE!!
→ more 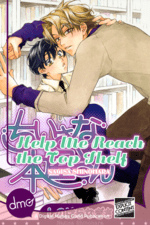 $9.99
Shinobu works part-time at a bookstore with a special colleague. He sees Kobayashi-san as a baby squirrel - cute, cuddly, and crazy about everything... ? "Wait a sec. Kobayashi-san is a man…so cool it! I’m not falling in love with a guy no matter how adorable he is!" Will Kobayashi-san burrow his way into Shinobu's heart anyway?! This debut comic by Nagisa Shinohara features a sweet, clumsy, heart-pounding love story! ?Also included are three one-shots: a yaoi twist on beauty and the geek; a diabolical seme goes after what he wants; and a tarnished knight is rescued instead! Translated by V.G. Jasper; Edited by Daima Delamare; Lettered by Ana Vegara
→ more 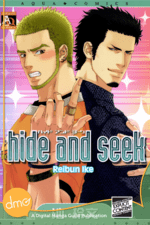 $9.99
Takeru doesn’t need to have his day spoiled by his enemy, Wanigawara, but spoiled it is. Now they’re both trapped in a crowded alleyway facing one another, with their bodies in close contact. Jin, a rising star in the wrestling world, catches the attention of a wealthy businessman named Tsukamoto. Nao does everything he can to grab hold Masaya’s attention. For every couple there are moments when a partner can get taken, and taken pretty hard. Hide And Seek is one of these titles. Including the title story, Hide And Seek is a collection of ten heat inducing titles, bound to satisfy readers. Translated by Alexis Uzuki; Edited by Linda Yau; Lettered by Corinna G. Cornett
→ more
1 - 10 of 51 results