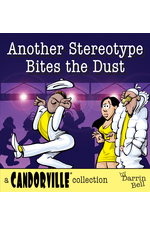 $9.99
Darrin Bell's Candorville is an insightful comic strip for today's world. Brutally honest but still evenhanded, Candorville takes on some of society's toughest issues, giving readers something to think about--as well as smirks, chuckles, and guffaws. Another Stereotype Bites the Dust is a collection of creator Darrin Bell's Candorville cartoon strip. In this thought-provoking strip Bell uses a diverse group of friends to paint a real yet humorous portrait of inner-city America. An educated underachiever, Lemont Brown is an aspiring writer. Socially conscious, he wants to work at changing the world and infusing it with wisdom and justice--if only he could pay his rent. Lemont's childhood friend Susan Garcia is a book-smart and street savvy Mexican-American woman who won't let bigotry or any glass ceiling keep her down. And Lemont's friend Clyde (aka C-Dog) is a streetwise thug and undiscovered rapper who'd rather mooch off his mother than get a job. Another Stereotype Bites the Dust deals with some tough issues--poverty, homelessness, racism, and personal responsibility--with knowing irony and incisive satire. Bell uses edgy dialogue and modern situations to jab everything from political correctness to political spinning, from political hindsight to office politics, making it a hit with the socially aware.
→ more 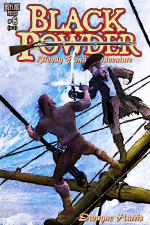 $0.99
A Bloody Frontier Adventure!-Chapter 6: Epicenter. Trapped in a logjam and low on gunpowder, the crew of the New Orleans make a desperate last stand against Samuel Mason and his river pirates. When swords are drawn along with blood, one thing soon becomes certain – it’ll take an act of God to save them. The bloody frontier adventure comes to an earth-shaking conclusion in this, the final installment of Black Powder.
→ more 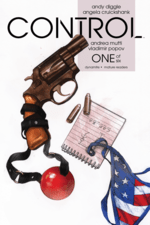 $3.99
Detective-Sergeant Kate Burnham isn't making any friends in the Washington DC Police Department. That makes her the perfect scapegoat when a routine homicide investigation threatens to blow open a criminal conspiracy that reaches to the upper echelons of the DC power elite. Kate makes it go away, or they make her go away. Cop or criminal, power is all about control, applied top-down from the penthouse elite to the hustlers on the street. But what happens when the street pushes back...?
→ more 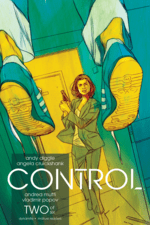 $1.99
Detective-Sergeant Kate Burnham's homicide investigation leads to embarrassing revelations about a powerful Senator's sex life. But is his involvement a vital clue, a deliberate misdirection... or a warning? Only one surviving witness knows the awful truth - and he's next on the killer's hit list!
→ more 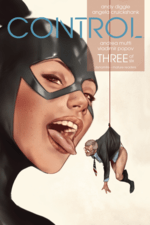 $1.99
Washington DC detective Kate Burnham interrupted an assassination attempt. Now the killer is back to finish the job, and he'll let nothing stand in his way - including Kate! The noose is tightening... "With Control, we wanted to write a 100% police procedural, the kind of smart, character-driven, real-world crime drama that rules on TV. It's about sex, power, and systems of control... and how the little guys have to game a system that's rigged against them." - Andy Diggle
→ more 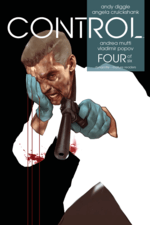 $1.99
There's a deadly plot in the highest echelons of the Washington elite... and the bodies are piling up, cops and civilians both! Detective Kate Burnham's investigation leads her to confront a mystery woman spotted at the first crime scene... and come face-to-face with a powerful media magnate at the heart of the conspiracy!
→ more 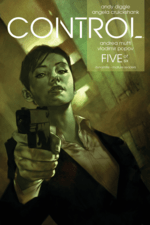 $1.99
It was never just a routine homicide case. Detective-Sergeant Kate Burnham tried to be professional about it. That didn't work out. And now, as a well-laid trap is sprung and the bodies pile up in her wake, it's about to get just a little too personal...
→ more 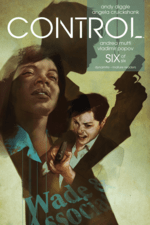 $1.99
Kate has discovered the deadly secret of the Black Room. But the men who hold the keys to power will not let her live to reveal it to the world. This is no time for politics and professionalism: it's kill or be killed...
→ more 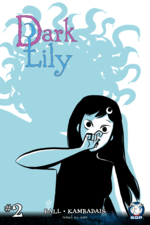 $1.99
Lily chased the Mooncat to Earth and now she's stranded far from home, but a mysterious Seattle girl takes her in. While Lilith searches for her missing daughter, Lily makes a new friend who may have a shocking secret.
→ more 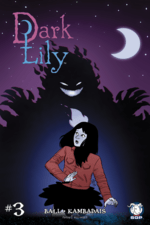 $1.99
While stuck on Earth after her journey from the Moon, Staci takes Lily to the Lockbox to catch a hot new band. They meet a creature from the Nethers bent on consuming the human spirit and Lily finds out her new friend has a darksecret.
→ more
1 - 10 of 50 results