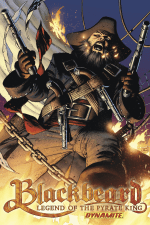 $9.99
Producers Eduardo (writer of The Blair Witch Project) Sanchez and Gregg (Producer of The Blair Witch Project) Hale are joined by Robert Napton and Jamie Nash to present the ultimate adventure tale of a bygone age, when pyrates ruled the waters! Beginning with his childhood through to his bitter end, Blackbeard's legacy has never been explored as deeply and illustrated as beautifully by Mario Guevara than now! Also contains biographical information on Blackbeard and a complete cover gallery. Collects issues #1 - 6
→ more 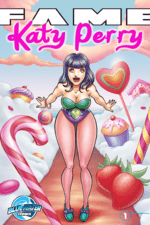 $1.99
From Christian singer to pop superstar, she's been through it all, seemingly. She's been on the cover of every magazine and newspaper in circulation, she's been featured in countless news articles, she's been married and divorced, and she's performed in front of millions. She's Katy Perry, and this comic will teach you everything there is to know about the California girl.
→ more 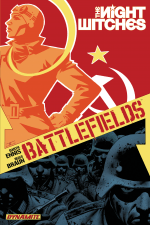 $5.99
DYNAMITE ENTERTAINMENT is proud to be the new home for the next series of Garth Ennis' "war" books, all under the "Battlefields" header! Late summer, 1942. As the German army smashes deep into Soviet Russia and the defenders of the Motherland retreat in disarray, a new bomber squadron arrives at a Russian forward airbase. Its crews will fly flimsy wooden biplanes on lethal night missions over German lines, risking fiery death as they fling themselves against the invader- but for these pilots, the consequences of capture will be even worse. For the pilots of the 599th Night Bomber Regiment are women. In the deadly skies of the Eastern front, they will become a legend- known, to friend and foe alike, as the Night Witches. Featuring issues 1-3 of the Night Witches series!
→ more 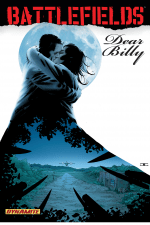 $5.99
More incredible stories from Garth Ennis as his "BATTLEFIELDS" series continues exclusively from DYNAMITE ENTERTAINMENT! For this second mini-series - DEAR BILLY - Garth is joined by artist Peter Snejbjerg and cover artist John Cassaday for a haunting tale of wartime in 1942... In the tropical splendour of the South China sea, as the Second World War spreads across the far east, a young woman finds herself in paradise... and then in hell. Nurse Carrie Sutton is caught up in the Japanese invasion of Singapore, suffering horrors beyond her wildest nightmares- and survives. Now she attempts to start her life anew, buoyed up by a growing friendship with a wounded pilot- only for fate to deliver up the last thing she ever expected. Carrie at last has a chance for revenge... but should she take it? In the midst of a world torn apart by war, you can fight and you can win- but you still might not get the things you truly want. Featuring the entire three issue series!
→ more 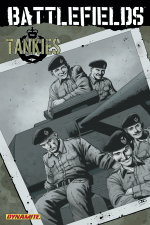 $5.99
After D-Day came the battle for Normandy, when largely untried Allied soldiers met the seasoned veterans of the German army. As Panzer units and SS troops turn the French countryside into a killing ground, a lone British tank crew struggle to rejoin their squadron. Cut off behind enemy lines, their only hope lies in their fearsome commander, Corporal Stiles- but no one in the crew can stand him, and Stiles isn't too fond of them either. And there are Tigers lurking in the undergrowth...Garth Ennis teams up with Judge Dredd co-creator Carlos Ezquerra for his third installment of the DYNAMITE ENTERTAINMENT's Battlefields series. Featuring issues 1-3!
→ more 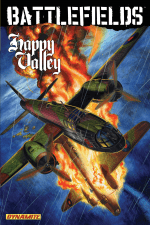 $5.99
Dynamite Entertainment is proud to present the return of the acclaimed BATTLEFIELDS series by writer Garth Ennis! England, January 1942: young Australian Ken Harding arrives at his first operational squadron, keen to play his part in the aerial attack on Germany as the commander of a bomber crew. Losses have been high and life expectancy is low, but Ken remains undaunted- until he meets his crew, a foulmouthed, battle-hardened bunch with no time for new boys who can't stand the pace. Together, they must take the war to the enemy over the most heavily-defended region of the Third Reich- the industrial heartland of the Ruhr, known to the men who face the flak and nightfighters as Happy Valley.
→ more 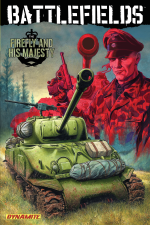 $5.99
The Tankies' Sergeant Stiles returns, recently promoted and angrier than ever! He's got a new crew and a new tank - a Sherman Firefly with a high-velocity gun capable of taking out even the fearsome German Tiger. Too bad the enemy have a new tank of their own - the mighty King Tiger, with twice the armor and firepower of the original. As Stiles and his men join the Allied advance into the Nazi homeland, they soon realize that every inch of ground will be bitterly contested by the foe... and that there are worse horrors than Tigers lurking in the gloom of the last German winter. Reprinting issues #4-6 (parts 1-3)!
→ more 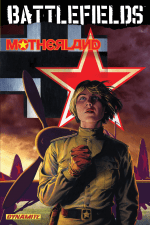 $5.99
The sequel to 2009's "The Night Witches"! Lieutenant Anna Kharkova is posted to single-seat fighter aircraft and sent straight into action. Hardened and embittered by the loss of her comrades, Anna is only too keen to get her teeth into the enemy- but with Russian and German armies about to collide in the titanic battle of Kursk, her first flight with her new squadron may well be her last. And once the Soviet secret police start sniffing around, death in battle may well be preferable anyway. Soon horrific losses land Anna with the very last thing she wants: more responsibility, in the shape of eight young replacement pilots to be trained for combat. But with the Battle of Kursk reaching its climax, rookies are nothing but lambs to the slaughter- and even the most experienced pilots find themselves flying on borrowed time. The former Night Witch meets her destiny, as Motherland- and the second series of Battlefields- conclude with a bang.
→ more 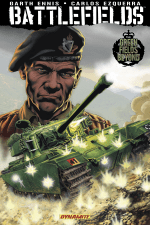 $6.99
On the killing fields of Korea, veteran Sergeant Stiles and his "Tankies" finally have a war machine suited for any opposition. But with the Chinese spring offensive of 1951 underway, our heroes are cut off and outnumbered ten-to-one. Only one chance remains for victory: an armored drive straight down the valley of death towards Chinese lines. Stiles leads the charge - and meets his destiny. It's British steel against the massed Communist hordes, as written by fan-favorite, critically-acclaimed author Garth Ennis! Collects Garth Ennis' BATTLEFIELDS Volume 2 #1-3.
→ more 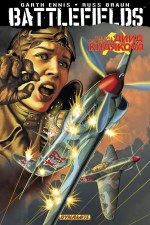 $8.99
Garth Ennis (Preacher, Punisher) chronicles the two-decade journey of Anna Kharkova, the Russian ace pilot of World War II. When Anna's aircraft crashes behind enemy lines, her harrowing survival through Nazi prison conditions unwittingly makes her an outcast among her own people. Years later, she joins her longtime friend, Mouse, for a tour of duty in Korea, where a ranking officer proves just as deadly as the American jet fighters overhead. But it won't be until 1964, when - after languishing in a remote Siberian punishment camp -Anna Kharkova finally meets her destiny! Collects Garth Ennis' Battlefields #4-6!
→ more
1 - 10 of 70 results