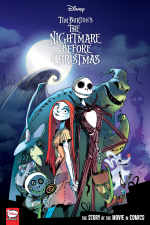 $6.99
Prepare for a twisted story of fright and delight in this spooky retelling of the groundbreaking stop-motion film and the tale of Jack Skellington. Welcome to Halloween Town, where vampires, witches, and goblins rule the never-ending night! One Halloween, something befalls the almighty Pumpkin King. Beyond the tricks and scares, an emptiness begins to grow within Jack Skellington. He finds himself far from home, in a land where people smile, laugh, and sing with glee, and he feels that this Christmas Town could be the answer to his melancholy. Everyone is in for a surprise as Jack tries to unlock the secret of Christmas, take over the holiday, and kidnaps Santa Claus! Meanwhile, Sally, a compassionate rag doll, has a vision--a horrible end is near if Jack succeeds in ruling Christmas. Torn between her love for Jack and saving both towns, she must prevent her vision from coming true. As Jack assumes his role as "Sandy Claws," he discovers where he truly belongs . . . But is it too late? Join Jack and Sally as two of the biggest holidays collide in an explosion of chills and thrills in this graphic novel retelling!
→ more 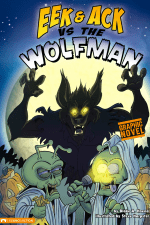 $17.99
What's the best day for an alien invasion? Halloween, of course. When Eek and Ack visit Earth during the ghoulish holiday, they fit right in with the other trick-or-treaters. Unfortunately, so does Wolfy the Wolfman! Now, the terrible twosome must fight off this frightful furball or fail to conquer Earth once again.
→ more 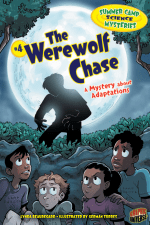 $3.99
It's the end of the summer at Camp Dakota--and things are about to get hairy. One camper notices Counselor Kyle's suspicious late-night activities and begins to suspect that Kyle is turning into a werewolf. Is there another explanation?
→ more 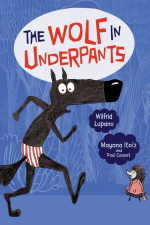 $3.99
In this witty graphic novel, a community of forest animals trades scary rumors about a nearby wolf. Some critters have even gone into business selling wolf traps and anti-wolf fences. But when the wolf appears in a pair of striped underpants, everyone rethinks their fears. This is a heartwarming story about understanding differences, told with an oddball sense of humor.
→ more 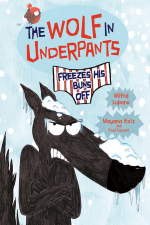 $3.99
In the second tale of The Wolf in Underpants, winter has arrived and the whole forest is freezing! As animals stock up on nuts, bread, and cheese wheels, they notice the Wolf is in a frosty mood. Then smaller critters begin to disappear. Will fear grip the forest once again? Or is another lesson on the way?
→ more 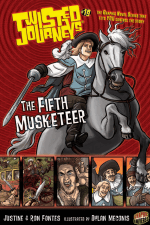 $3.99
Seventeenth-century France is crawling with bandits, werewolves, and angry swordsmen. You've got the heart, but do you have the courage and brains to survive these dangers and become a musketeer?
→ more 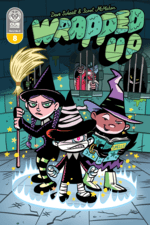 $3.99
Milo Mummy has been staying out of trouble and playing video games, but the same can't be said for his best friend, Wiz! Wiz has been captured and sent to Wizard Prison, and he needs Milo's help! But Milo doesn't know anything about magic—how can he help his probably-innocent friend bust out of jail?
→ more 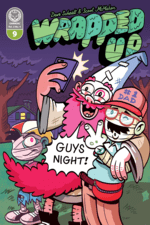 $3.99
Wiz is distraught. His best friend, Milo Mummy, has another friend—an age-appropriate one! This simply is too much to bear. This calls for drastic measures; Wiz must find new friends his own age. But not even dad friends can keep Wiz out of trouble on a Guys' Night.
→ more 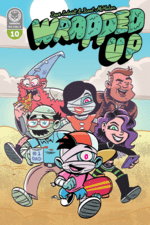 $3.99
The whole Mummy clan is ready for some fun in the sun on their family vacation! But they can't relax when Wiz crashes the party—and he's got every monster they've ever met coming after him, smashing up their beach house! Can Milo and his family fend off crazed kaijus, an angry sentient pizza, a haunted doll, and every other creature imaginable, and still have time for tiki drinks?
→ more 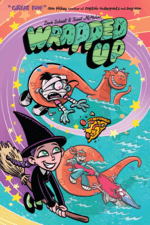 $12.99
Your favorite mummy boy, Milo, just can't catch a break! No matter how much he tries to stay out of trouble, trouble finds him! Snacks go missing during a camping trip, his dad gets pulled into a dangerous martial tournament, and his best friend somehow ends up in Wizard Prison! Under any circumstances, however, Milo will always come through to save the day! Usually.    This volume includes backstories drawn by Yehudi Mercado, Mason Dickerson, Sean Mac, Aaron Pittman, and Shan Murphy.
→ more
1 - 10 of 10 results