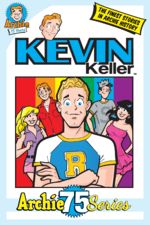 $2.99
Celebrate the 75th anniversary of Archie Comics with this special retrospective presentation! Kevin Keller, introduced in 2010, made a huge splash as he became Riverdale's first openly gay resident. In this installment, we share some of the best and most pivotal stories from his series, from his first issue to his first kiss!
→ more 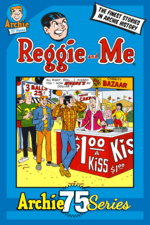 $2.99
Celebrate the 75th anniversary of Archie Comics with this special retrospective presentation! Archie's rival, Reggie, got his own book at the tail end of the 1940s. For over 120 issues, he caused mischief for his fellow Riverdale High students in the most hilarious ways possible! We'll take a look back at some of that series' best stories and craziest pranks. Will this class clown have the last laugh?
→ more 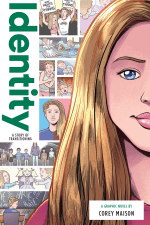 $7.99
What do you do when you are born as one gender, but feel yourself to be another? Gender dysphoria affects thousands of people worldwide, but has been ignored or ridiculed in our culture. With this graphic novel, Corey Maison boldly shares her story of transitioning, so that other kids with gender dysphoria and related conditions will no longer feel so isolated, hopeless, or lost. Corey Maison was born a girl, trapped in a boy's body. Growing up, Corey was more interested in dolls than trucks; in dresses than jeans. Everything about Corey was female…except her physicality. Known as gender dysphoria, this condition is devastating if not acknowledged. But society is slow to be sympathetic to the idea that a person's gender is not entirely based on physiology, but instead is fluid, and a combination of emotional and psychological self-awareness along with, or sometimes more importantly, physical characteristics. Identity: A Story of Transitioning tells the complex and moving tale of a young person who knows that their true gender is not the one they were assigned at birth. With unconditional love and support from her mother, Corey successfully starts the transition process with hopes of being comfortable in her own skin, being accepted by others, and raising awareness of young people who wish to transition. At 16-years-old, Corey has become a voice for other trans teens, battling bullies and helping others who are on their own individual journeys of identity.
→ more 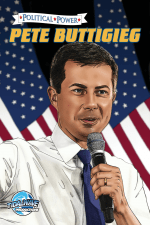 $3.99
Peter Paul Montgomery Buttigieg, a veteran of the war in Afghanistan, is the son of intellectuals. His father, an immigrant from Malta, and his mother, both professors at Notre Dame, instilled in him the desire to learn. A polyglot, Pete knows eight languages. After graduating from Harvard and studying as a Rhodes Scholar at Oxford, Pete became the nation’s youngest mayor. Although his tenure as mayor of South Bend, Indiana has met with some controversy, Mayor Pete, the first openly gay candidate for president of the United States, has grown into a rising star in the democratic party.
→ more
1 - 4 of 4 results