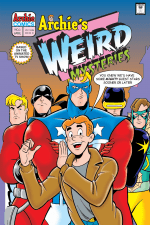 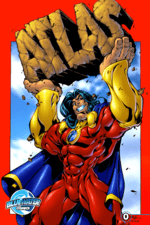 Free
After commanding the Titans in their war against the Olympians, Atlas was forced to hold up the heavens on his shoulders. His life was a tragic story of a lone God fighting boredom on Mount Olympus. However, monitoring the earth from above, Atlas watched Earth change and the emergence of super powered beings donning capes and tights. Growing restless and craving adventure, Atlas decides to take the world in his hands and become one of the Earth's newest heroes.
→ more 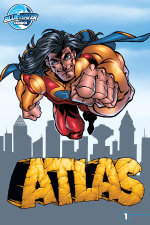 $1.99
Since returning to Earth, Atlas has been lazy-- more interested in eating hot dogs and meeting girls than being the world's greatest superhero. But, the reject supervillian, Glutton, desparate for respect, has gathered a team of misfits to carry out his goal of destroying the world. Along with Wonder Boy, it is time for Atlas to put down the hot dog, and realize his role as Earth's savoir.
→ more 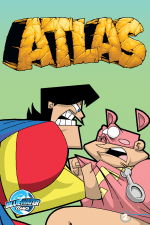 $1.99
Atlas' battles and mistrials continue into issue #2! At the funeral for a fallen, fellow superhero, Atlas and Wonderboy must join forces with the other crimefighters in attendance to battle a flying threat. Atlas meets a mysterious snake girl that claims she wants to help him. But can she be trusted?
→ more 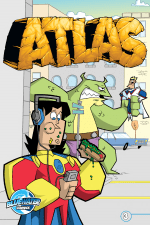 $1.99
Snake Girl convinces Atlas to help her break one of his enemies of the past out of a heavily guarded, high security prison for super villians. Atlas finally meets the man behind Snake Girl's mysterious motives. Who is this guy? No one knows for sure but he's not wearing pants and his intentions may be less than pure.
→ more 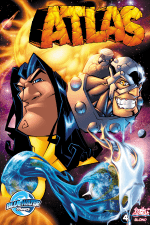 $1.99
In the exciting conclusion of Volume 2, we get a intimate look into the motivations behind each superheroes actions. Atlas, Wonder Boy, Snake Girl, and even Glutton share the trials and tribulations of their past that made them into the superheroes (and super villian) they are today. But will their divesrse background allow the Dream Team to band together and trust each other as they fight in the battle of their lives?
→ more 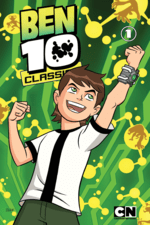 $7.99
The hit animated show that turned into a hit comic is now collected into digital collections! Kicking off with the premiere story "Ole!" and also including "Fast Lane," "Fear Itself," "A Villain A Day," and many more, these collections present the Ben 10 comics from Cartoon Network Action Pack! in chronological order. It's the most concentrated dose of Ben 10 ever!
→ more 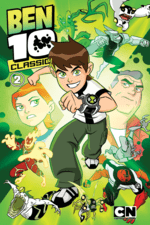 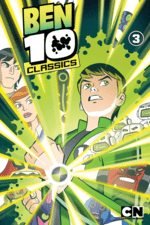 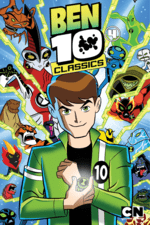